In 2013 Blacktown Arts Centre coordinated an exhibition curated by Brook Andrew.  Participating artists were r e a, Daniel Boyd, Jason Wing, Robyn Caughlan, Karla Dickens and Leanne Tobin. Leanne’s blog series continues with this post recounting the 2013 exhibition and how it laid the groundwork for the 2014-15 Artist Camps.

We all met on site with Jack Brook, a local resident historian, who helped to inform us all about the history of the Blacktown Richmond Road site.

It was a powerful visit. All of us felt moved as we walked upon the very earth that my ancestors had walked. The sadness of the site was potent with a willy wagtail heralding our arrival and the discovery of a dying peewee heightened the overall neglect and bereavement I felt here.

But this also enhanced the power of the work that would come from the artists who stood there.

Karla’s work provided a vulnerable reminder of the young students of the Institute, while r e a’s was a contemporary twist on an historic place.

After installing the works we experienced first-hand the racist vandalism and attitudes of those who live on this land now which my son Shay captured poignantly with this pic. 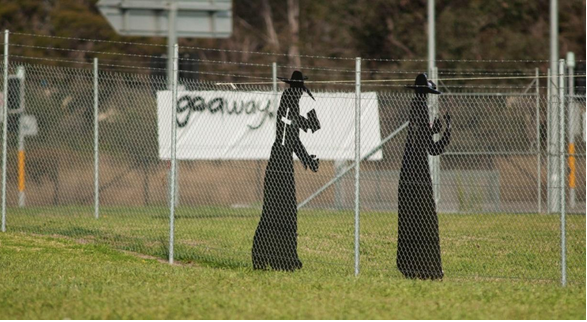 At the opening of the exhibition the smoking ceremony took on a truly important and special significance with many Darug and local community assembling. Emotions were high with many of the people attending being direct descendants of the students of the Native Institute. 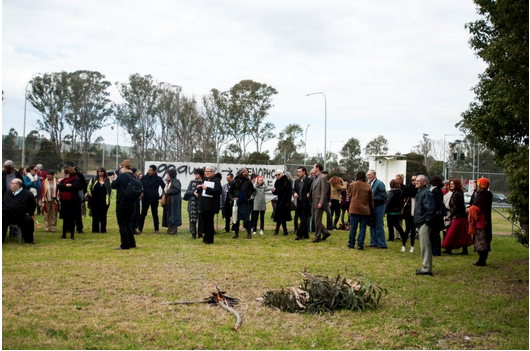 Jason’s work paid homage to the bereft parents and relatives of the ‘stolen’ children, who would’ve been left to watch on from a distance, possibly camping nearby and only being allowed to see their children at Feast Day in Parramatta Church St once a year.

The photo below shows the land adjoining the Institute site awarded to Colebee and Nurragingy by Macquarie for services rendered that later became the ‘Black’s Town’. This land was successfully petitioned for by Maria Lock, Colebee’s brother, upon his death in 1831. 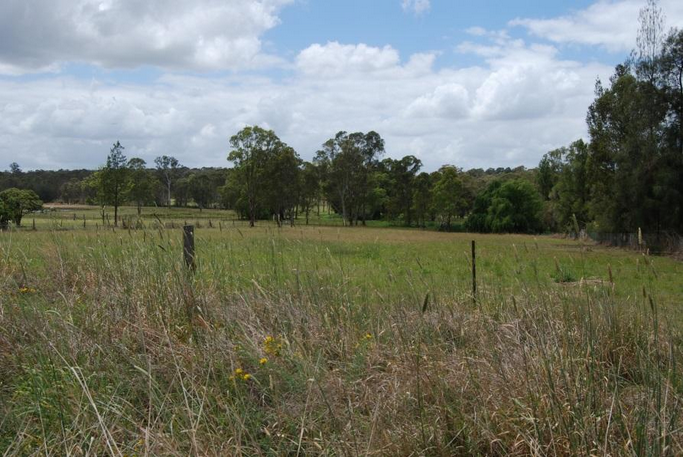 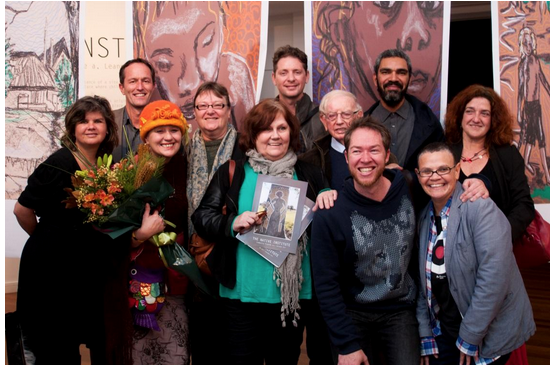 All images courtesy and © Shay Tobin.