Throughout the C3West project, five artists came together to create temporary public artworks at the Blacktown Native Institution site.

Darren Bell’s documentary-style photographs capture the diversity of people and experiences in Western Sydney, often depicting his subjects in domestic or suburban settings. The artist describes his practice as finding beauty in objects, people and places that might otherwise be considered ugly or mundane. [1] By creating an emotional connection with his subjects, Bell seeks to challenge stereotypes of class, race, culture and gender.

Bell returned to photography 10 years ago, having abandoned it in high school due to the prohibitive cost of a camera. Since 2010 he has exhibited across Greater Sydney and interstate, including: Temporary Democracies, Campbelltown Arts Centre, 2014; Cold Eels and Distant Thoughts, Tandanya, Adelaide, 2014; Family, DNA Gallery, Sydney, 2013; Place of Sense, Blacktown Arts Centre, 2012; and, A Show of Strength, Boomalli Aboriginal Artist’s Co-operative, Sydney, 2011. He has been a finalist in the Parliament of New South Wales Aboriginal Art Prize three times in 2012, 2013 and 2014. Bell works in Blacktown and has 20 years’ experience in Aboriginal education, training and employment.

Karla Dickens is a Wiradjuri artist who engages with politics, history, gender and the environment through her work. Trained as a painter, Dickens’ practice has expanded in recent years to include found objects, either incorporated into paintings or reconfigured as sculpture or installation. Personal experiences of loss, Aboriginality, sexuality and motherhood inform Dickens’ work, which combines Christian and Aboriginal iconography with craft materials and historical objects.

Steven Russell and Kristine Stewart are master weavers who, along with Phyllis Stewart, established Jungah Weavers. ‘Jungah’ is an Aboriginal word for octopus, a recurring motif in the weavers’ work, and also used to refer to the police. The artists were previously involved with Boolarng Nangamai Aboriginal Art and Culture Studio, during which time they contributed to major projects for the Museum of Sydney and 18th Biennale of Sydney. Kristine and Steven lead weaving workshops across Australia, creating sculptural and functional objects from a range of materials using traditional and contemporary techniques.

Steven Russell is a Bidjigal man and son and great great grandson of La Perouse shell-workers Esme Timbery and Queen Emma Timbery. As well as weaving, Steven produces drawings and paintings of his memories of La Perouse and his country around Botany Bay and the Georges River. His weavings were included in the exhibition string theory: Focus on contemporary Australian art at the Museum of Contemporary Art Australia, 2013.s

Kristine Stewart is a Yuin woman of the NSW south coast. She works with her mother to ‘collect and curate the many species of native grasses and plant material and to protect the traditional uses while conserving those resources for current and future use.’ [1]
[1] ‘At Home: Phyllis Stewart’, Museums and Galleries NSW, 12 December 2013. Available: http://mgnsw.org.au/articles/home-phyllis-stewart/

Leanne Tobin is an artist and educator descended from the Boorooberongal and Wumali clans of the Darug, the traditional Aboriginal people of Greater Western Sydney. She works across painting, performance and installation, drawing on Darug stories and shared histories to increase environmental and cultural awareness of the land and its traditional owners. Through her work, Tobin seeks to connect people through their shared role in caring for country, as well as to explore the intrinsic spiritual connection that Aboriginal people have with the land. 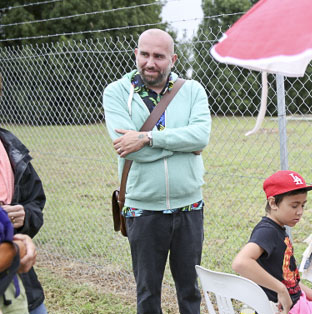 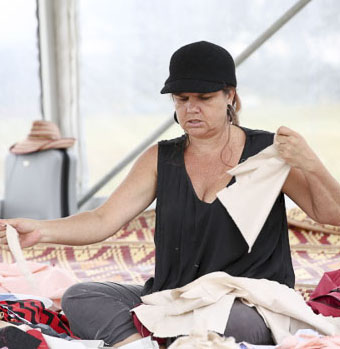 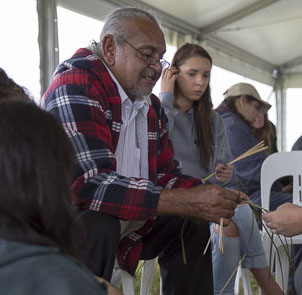 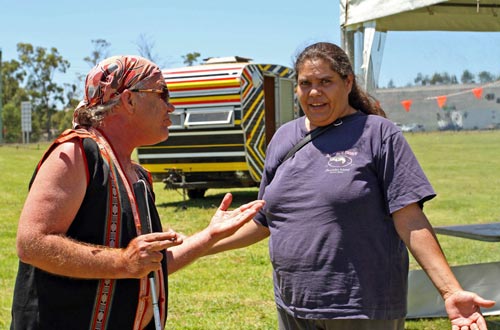 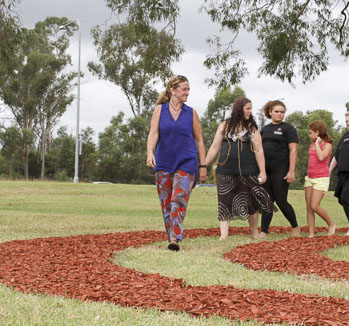 MORE STORIES FROM THE BLOG